Bearing on the future 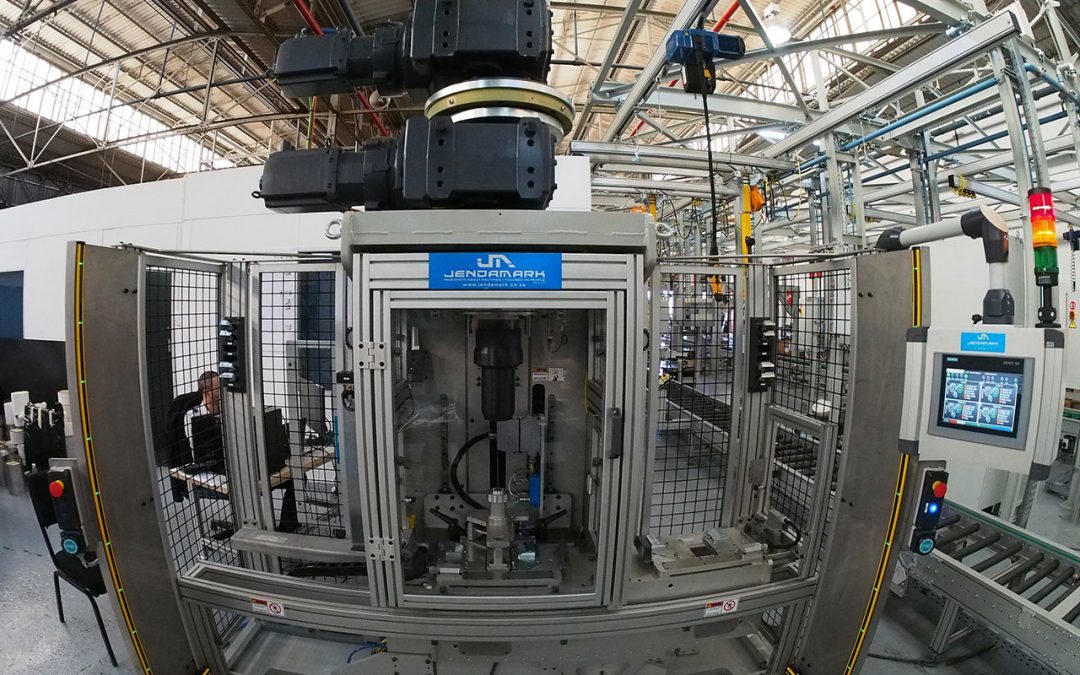 The latest machine to roll out of Jendamark’s research and development department is proving the company’s capabilities in building technically demanding and innovative equipment on par with the world’s best.

Its essential function: To tighten a nut onto a pinion, which is fitted during the vehicle differential assembly process. Its conceptual challenge: To do so while the pinion is in motion.

“Unlike most of our R&D projects, this machine does not address an anticipated requirement but rather an existing one,” says Jendamark design director Yanesh Naidoo.

“However, there are only two or three companies in the world that make this kind of machine. We wanted to prove that we could do it as well as, if not better than, our competitors, while adding our unique Jendamark ‘spice’ to the mix.

“We’ve made various improvements in different areas to make the machine more accurate and faster than others of its kind.”

“A pinion is a round gear that is fitted to a differential and constrained by two bearings. Using two motors mounted above each other, our machine tightens the pinion nut onto the pinion, while the latter is turning.

“How tight the nut is determines how much friction or ‘drag’ the bearings have. What makes our machine different is the measuring equipment we’ve added, like the torque transducer that measures the drag on the spinning bearings. When the drag reaches optimal levels, the tightening process stops.”

The machine has a maximum rotational speed of 65rpm and is designed to tighten differential nuts up to 1400Nm. All drive components are rated to 2000Nm, while tooling changes accommodate different variants.

While a pinion nut may sound like a relatively minor part of the assembly process, De Koning says dynamic tightening can have major implications for Jendamark customers.

“In the long term, too much drag can cause a differential – which allows wheels to rotate at differing speeds – to fail prematurely. If there is too much friction, the car has to work harder, uses more fuel and produces less power on the wheels.”

Inconsistent static tightening by other machines means that some differentials may fail, whereas others may not, resulting in a worst-case scenario – the recall of a particular vehicle series.

With OEM manufacturers now offering longer vehicle warranties, tier-one suppliers are under increasing pressure to ensure that their components last longer and do not fail with ordinary wear and tear.

“This is the way the industry is moving and we need to equip our customers to manage these changes effectively,” says Naidoo.

“Our competitors have had the chance to refine their pinion nut tightening machines over time but we are effectively on par with them after our first attempt. We’ve made various improvements to make the machine more accurate and faster and also allows us to better monitor the process and react faster to changes or complications.”

As a result, Jendamark is now receiving requests for quotations for complete assembly lines that include this machine. The prototype has been shipped to a German customer’s production facility in China for installation in July.