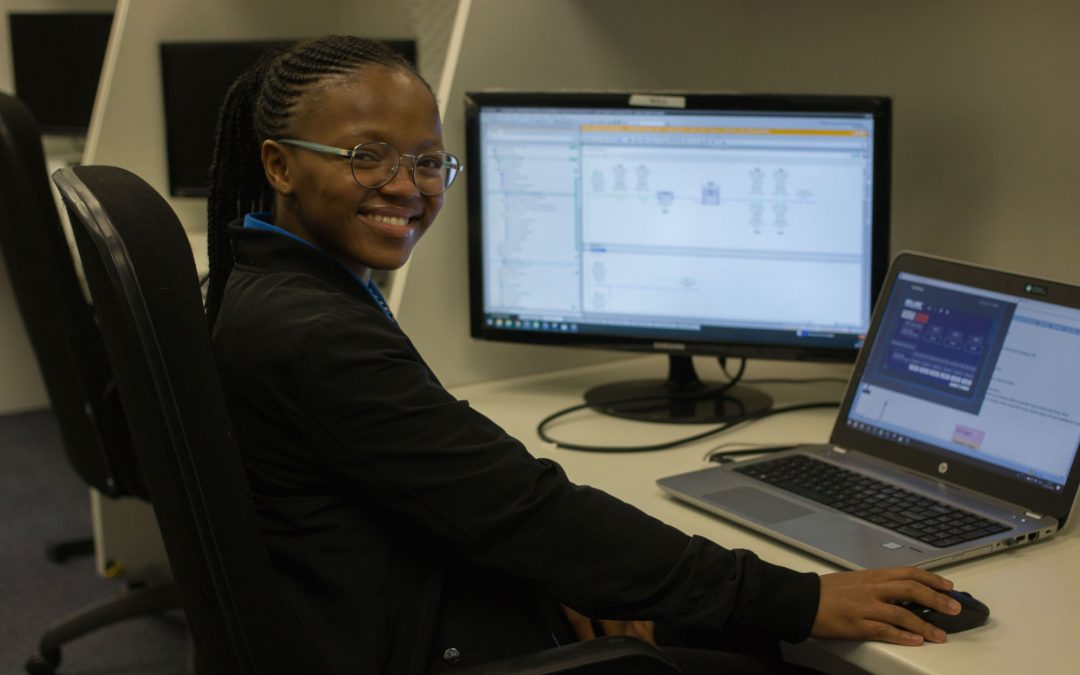 Jendamark supports the Incubating Great Engineering Minds (iGEMS) programme, which is fostering a new generation of engineers ready to meet the demands of a tech-driven world.

Run under the auspices of the Unity in Africa Foundation, iGEMS is an education-to-employment initiative that aims to develop employable, passionate and skilled engineers, and also place work-ready graduates into the marketplace.

With artificial intelligence and robotics already prevalent in industry, the foundation believes the fourth industrial revolution (4IR) will require a niche set of graduates who are familiar with the demands of the world of work.

According to Jendamark’s apprentice co-ordinator Allan Bellairs, the company has been involved with iGEMS since 2016 and sees great value in the multi-layered approach to youth development and creating a talent pipeline.

“For us it’s about both skills development and socioeconomic development. It helps to fulfil our commitment to community engagement, while also assisting in the development of work-ready professional engineering graduates.”

The programme introduces the youth in Jendamark’s hometown of Nelson Mandela Bay to the technological revolution through annual coding and programming workshops. Weekly maths, science and leadership development sessions round out the supportive, holistic approach to education.

Aside from financial support for iGEMS, Jendamark also acts as a host company, facilitating site visits for participants, and absorbing one or two learners annually for a year of experiential learning and mentorship. This acts as a working “gap year” for learners who have successfully completed
Grade 12 before embarking on their tertiary studies.

“The student becomes a full-time employee at Jendamark for one year, experiencing the world of work, especially in relation to an engineering career such as electronics or robotics,” says Bellairs.

He says the year of work assists in making the transition to university easier as it links practical and theoretical knowledge, and creates a working relationship between student and industry.

“It really allows students the opportunity to change their interest in engineering into an absolute passion!” 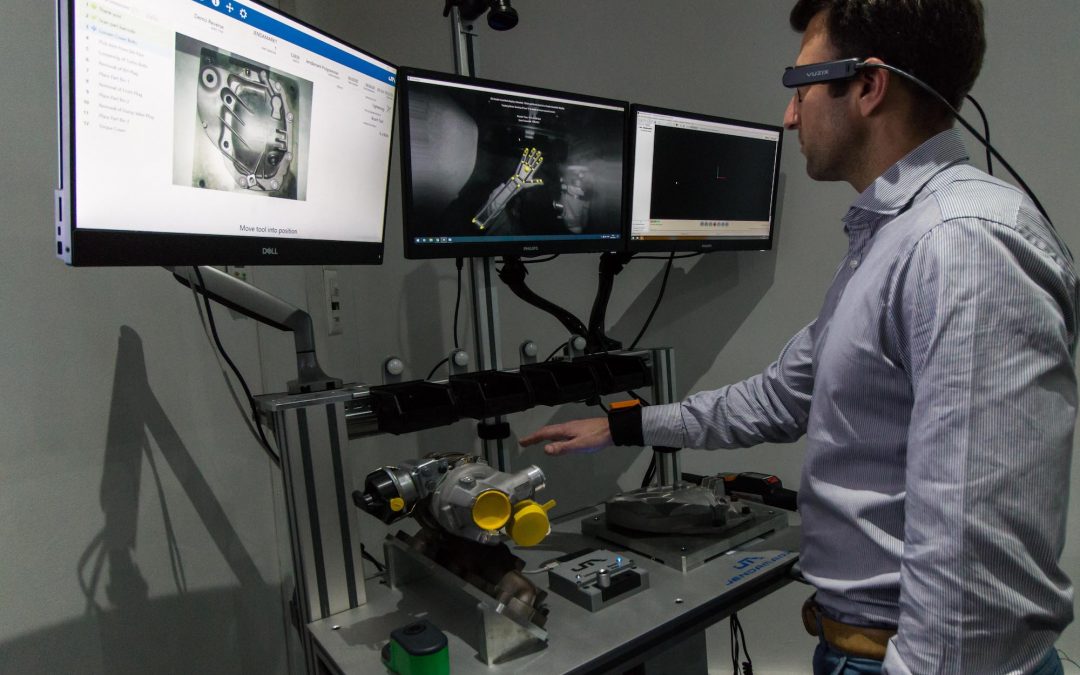 Jendamark South Africa’s new tech centre is an exciting space for collaborating with customers and forging new paths on the digital transformation journey.

“As the ecosystem of digital products and services grows, we can now showcase the different offerings, as well as our partners’ technologies, while finding new ways of solving some of the toughest challenges on the production line,” says Jendamark’s manager for digital strategy and transformation, Juane Schutte.

“We have defined Industry 4.0 not as a bunch of technologies, but as a new way of collaborating in an ecosystem that works together seamlessly to provide value to our stakeholders and customers,” says Schutte.

Some of the technologies that customers can look forward to experiencing first-hand include the:

Schutte says the tech centre also includes a giant screen for demonstrating the various capabilities to visiting groups and customers.

“It is exciting to be able to show the many practical applications for digital technologies throughout an organisation. We can help customers to improve efficiencies for operators, HR personnel, production
managers, process engineers, data scientists and more.”

So far, Jendamark has hosted visitors from all strata, including students, CEOs and government officials.

“Everyone who enters the room gains a practical understanding of how Industry 4.0 is impacting manufacturing and the future of work,” explains Schutte.

“The feedback has been phenomenal. We think this is because real collaboration has been missing between businesses and stakeholders. We find that, after visiting our tech centre, our potential customers want to bring their own children to learn and open their eyes to the ways in which the future of work will be impacted.

“We look forward to not only showcasing our tech, but also enabling eager learners to get involved and build new solutions together. Technology should not be a stumbling block but rather a great enabler for future growth.” 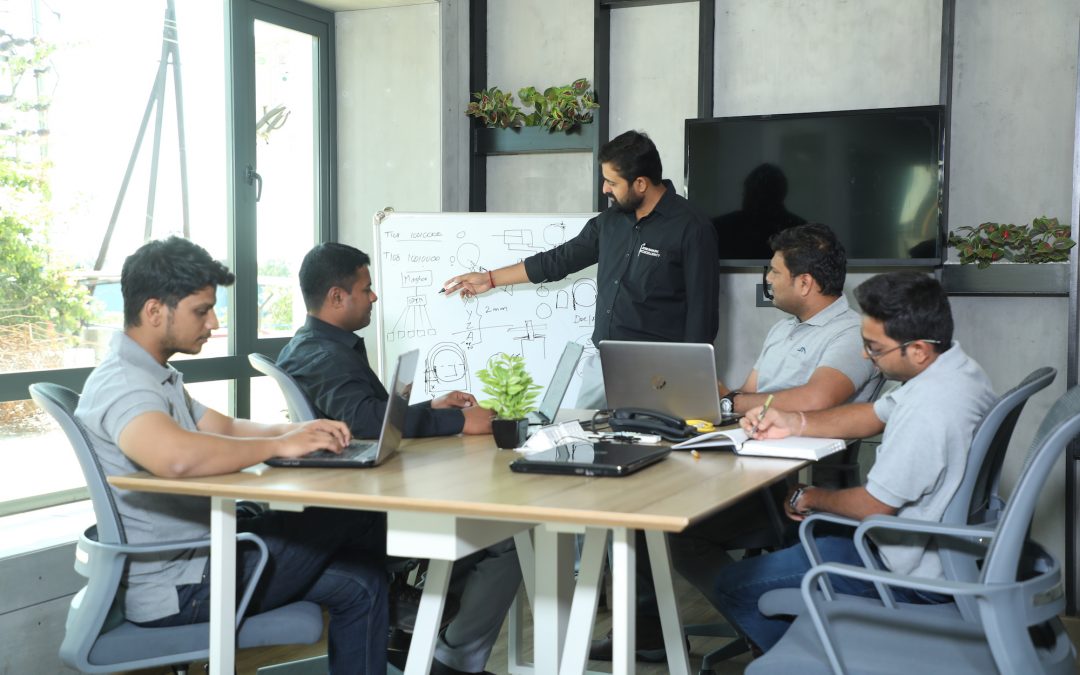 Making the move from machine builder to technology company has been a natural progression for the newly rebranded Jendamark India – and one that will have huge implications for its global customers.

That’s the message from Himanshu Jadhav, who has taken the helm as chief executive offi cer and director of the new-look entity, previously known as Jendamark Techcellency.

By aligning more closely with Jendamark’s international head office in South Africa, Jadhav says, Jendamark India will be able to bring the latest solutions and technological advancements to its Asian customers.

“We are looking to move towards value creation for our customers by bringing new systems, new innovations and something new which does not exist in the current market.

“Previously, India was focused only on manufacturing. With access to this broader global offering, operating with the same vision and focus as Jendamark SA just makes much more sense.

“With this restructuring, we have re-aligned our business to focus more on automation and Industry 4.0-driven digital technology.”

Jadhav makes it clear that the Pune and Port Elizabeth plants will continue to operate in a unified manner, combining their strengths to deliver turnkey assembly facilities, but that Jendamark India’s particular understanding of the local manufacturing sector will allow it to make a unique contribution on the subcontinent.

“We will introduce our special blend and way of doing things, and gradually take more responsibility in shared customer projects. There is a lot to share and learn between the companies,” he says.

As far as the implications for customers are concerned, Jadhav says he believes they will be the biggest
beneficiaries of this positive development.

“There will be investments made in the near future in specific areas for technological advancements.
Knowledge transfer will be smoother, with our research and development team working on specific solutions needed by Indian customers,” he says.

Jendamark Automation’s operations director Siegfried Lokotsch remains in his role as chairman of the board of Jendamark India.

“The Jendamark name has always represented the highest standards in automation technology and service to the global automotive industry. We are proud of the tremendous strides Jendamark India has made since the start of our association five years ago and we are excited to continue growing in service of the booming Indian manufacturing sector,” adds Lokotsch. 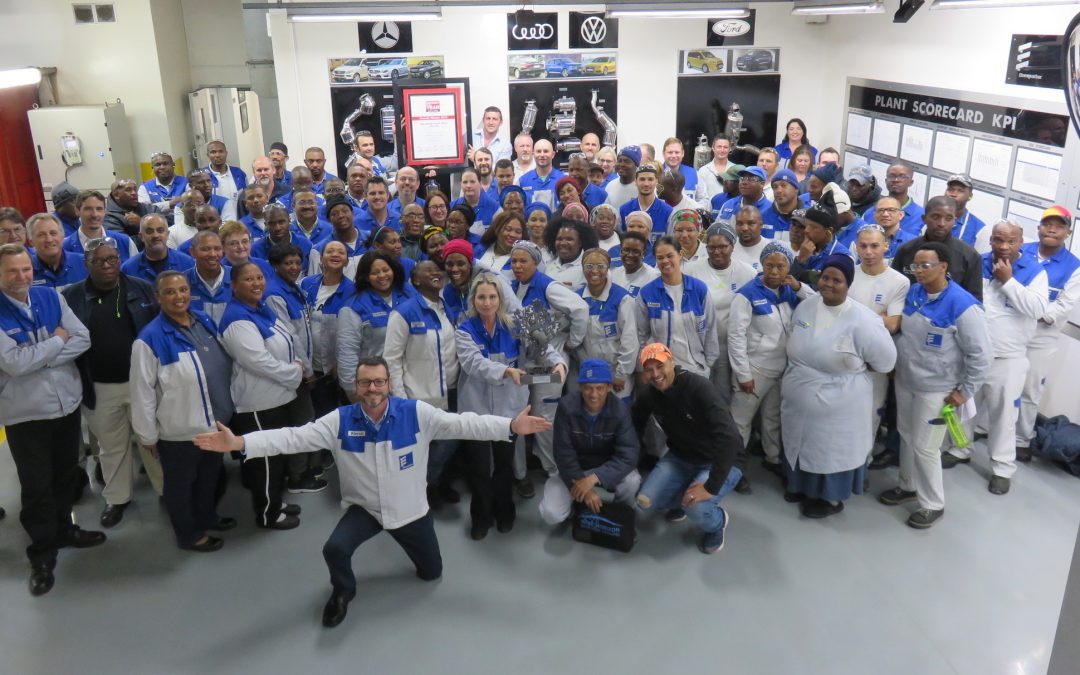 Jendamark is proud to be associated with long-standing customer Eberspächer
South Africa, which recently became SA’s first recipient of the Factory of the Year award.

As a supplier to the major original equipment manufacturers (OEMs) globally, Eberspächer has become synonymous with the manufacture and assembly of catalytic converters, diesel and petrol particulate filters, mufflers, pipes and cold-end exhaust systems.

This reputation for quality was cemented this year, when the company received the inaugural South African award, which forms part of the highly prized international Factory of the Year initiative.

According to Eberspächer SA managing director Kieron Jordaan, the company was ranked in the second quintile of the global competition, having demonstrated above-average performance across the customer satisfaction, economics and quality categories.

Jordaan says the win is significant, especially in the demanding, fast-paced world created by the fourth industrial revolution.

GLOBALLY COMPETITIVE
“The automotive sector is highly competitive – this proves that we are able to produce a quality product while maintaining our costs, and motivating and
improving our workforce.

“It proves that South African firms are capable of competing against first-world companies, which is significant considering the ever-increasing demands and challenges facing not only our sector, but the country as a whole,” he says.

Over the years, Jendamark has helped Eberspächer SA with a number of solutions designed to improve efficiencies in the factory, including hard-stuffing equipment, adaptive canning lines and full assembly lines. This has been backed up by machine improvements and upgrades as well as service and maintenance support.

The relationship started back in 2011 with an upgrade to a press for the Volkswagen PQ35 project and has grown significantly since then, as tougher global emission regulations have radically altered the requirements for catalytic converter assembly facilities.

“Changes to the holding mat technologies, multiple variant requirements, tighter tolerances for our product as well as vehicle engine space, and a much greater emphasis on traceability and GBD, have necessitated far more sophisticated processes and equipment.

MAJOR PROJECTS
Jendamark has gone on to build and assemble various complex pieces of equipment for some of Eberspächer SA’s major projects, as well as assisting with the upgrading of several machines since those earlier days.

“In addition, there is close co-operation on project management and technical aspects including process integration,” says Jordaan, adding that the Jendamark team’s technical expertise and support on call has made the company a trusted local supplier.

The most recently completed project was an adaptive canning line for the Ford DV-Neo programme, which is a diesel particulate filter intended for multiple vehicle assembly plants in Europe.

Developed and built by Jendamark, the line assembles the ceramic filter, support mat and stainless steel tube such that each part is unique in terms of identification, holding force and Gap Bulk Density (GBD).

And, says Jordaan, Jendamark is busy with the final assembly line for the Volkswagen MAR-Evo programme that has the start of production in 2020.

“The line has multiple stations to enable assembly of hang-on parts, leak testing, laser marking and measurement for a diesel particulate filter for a Volkswagen platform.”

Whatever the requirements, Jendamark has stepped up and responded to each project with consistent service and a desire to keep Eberspächer SA serving its customers to the best of its award-winning ability.