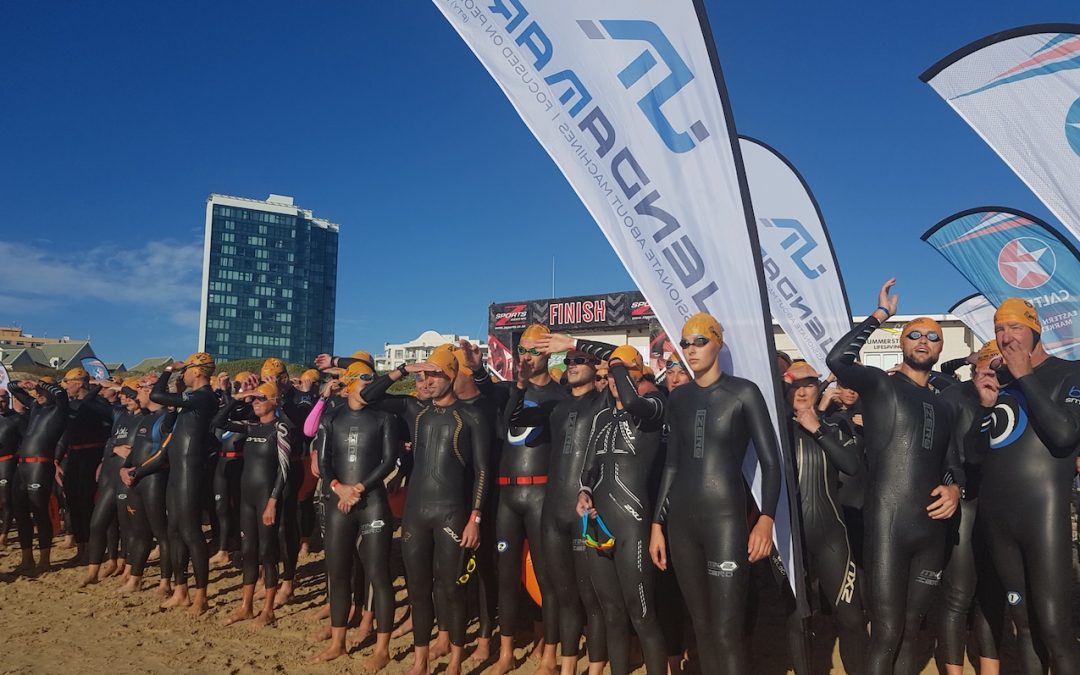 Nelson Mandela Bay has confirmed its status as the watersport capital of South Africa with the announcement that the Jendamark Bell Buoy Challenge has been included as the first stop on the Open Water World Tour next year.

The 5km ocean swimming race, which celebrates its 10th edition in 2019, will see hundreds of local and international swimmers taking to the waters off Port Elizabeth’s Pollok Beach on Saturday, April 13.

Event organiser Michael Zoetmulder said the inclusion of the Indian Ocean race on the prestigious amateur world tour was a welcome development and a major boost for sports tourism in the Bay.

“As the only approved African event in this competitive series, we are very proud to be able to share the beautiful but tough racing conditions in Algoa Bay with the world,” said Zoetmulder.

With the Ironman African Championships taking place the weekend before, Zoetmulder said he hoped many of those international athletes would extend their stay to compete in the “double header”.

Past winners of the Jendamark Bell Buoy Challenge include Bulgarian Olympian Petar Stoychev, who was the first man to swim the English Channel in under seven hours, and former Slovenian open-water champion Rok Kerin.

Zoetmulder said long-standing title sponsors Jendamark had increased the total prize purse to R77,000, with equal prize money of R10,000 each for the male and female winner.

Jendamark operations director Siegfried Lokotsch said the company was once again proud to be associated with the world-class event.

“As a global tech company that is proudly headquartered in Nelson Mandela Bay, we believe it’s time to show the world what Africa can do. We are happy to be continuing our support for the Jendamark Bell Buoy Challenge and helping to place it firmly on the international stage.”

For the 2019 world tour, South Africa joins a line-up of host countries that includes Greece, Italy, Austria, Peru and Canada.

Quinton Uren, managing director of Port Elizabeth-based global technology company Jendamark Automation, was named a finalist in the prestigious All Africa Business Leaders Awards at an event in Johannesburg.

Uren, 53, will now represent the Bay – and the Southern African region – in the Industrialist of the Year category at the eighth annual continental awards on November 29.

Speaking at the awards ceremony, Uren said he was very proud to have received recognition on behalf of Jendamark. The PE-based group has grown from a small automotive engineering firm, which Uren co-founded in 1992, into a global automation technology leader with offices in Pune in India, Penzing in Germany and a sales office in Detroit in the USA.

“I see our company as a beacon of what is possible in Africa and in the Eastern Cape specifically. We have an amazing talent pool and supplier base, which makes us more than a business. We are an industry,” said Uren.

The AABLA Industrialist of the Year award recognises individuals who have made efforts to develop a specific industry in Africa and transformed a market, company, product or service through innovation, special advancements in technology, management production and operations.

Jendamark’s export orientation, which seemed a risky move after the global economic crash of 2008, has paid dividends and today accounts for 90 to 95% of the company’s business. Jendamark is also a two-time winner of the Eastern Cape Exporter of the Year.

Its powertrain and catalytic converter assembly systems, which incorporate Industry 4.0 elements such as augmented reality and predictive maintenance software, can be found in 18 countries across Asia, Europe, Africa as well as North and South America.